Poland is a very important country for many reasons. Its growing $500bn economy is one of the world’s biggest growth countries, and its $1.114 trillion GDP is significantly larger than that of the Netherlands, Switzerland, Sweden, while roughly half of the UK’s. As a member of the EU, it has also been proven to have one of the most resilient economies, escaping the latest economic downturn with little pain.

Poland has taken advantage of the negative market conditions affecting greater Europe and built a stronghold in technology.  This has resulted in the country now being touted by many, including Gartner, AT Kearney and KPMG, as one of the hottest outsourcing destination in the world.

The results of a government strategy implemented after the fall of communism more than 25 years ago, Poland build up a sound infrastructure for growth, with a strong focus on education. So much so that Poland now boasts the highest number of graduates per capital in the world, producing more than 400,000 university graduates annually.  The Polish proposition is also about quality and practicality; graduates are high-performing, coming far ahead of its global competitors in everything from reading to ICT skills. Graduates are emerging with strong and highly employable fields such as computer science and engineering, and as such people with science, mathematics and computing degrees are plentiful.  A string of governments have invested in a network of 20 information and telecommunication academic centres, modelled on the highly successful Indian model, which have been very successful in developing the skillsets of more than 150,000 IT, computer science and telecommunication potential employees.  They make up around 10% ICT specialists of all university graduates in the European Union.

However its not just IT and technical skills that set Poland’s rich talent pool apart.  Linguistics skills are of the highest standards, with many Polish citizens showing proficiency not just in their second language, English, but most Western and Eastern European languages as well. This has very much helped Poland become a bridge from East to West, and as there are many cultural similarities, it makes Poland one of the easiest places in the EU to do business.

AT Kearney’s latest report on outsourcing listed Poland as the number one most attractive outsourcing destination in Europe.

During this time, the Polish economy went from strength to strength during a period where others were faltering. This was driven by an increased domestic demand and supported by increases in exports as well.  The economy also benefited when millions of Polish workers migrated throughout Europe, driving unemployment down and increasing the flow of capital back into the country.  With workers returning to the country, armed with capital and experience, it has contributed to Poland being a force in the CEE outsourcing market, and a serious challenger to the powerhouses such as India too. 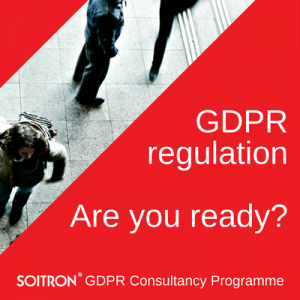 There are also macroeconomic factors that have contributed to Poland’s attractiveness as an IT and outsourcing hub. Without doubt, membership to the EU offers businesses both stability and security, especially when it comes to data protection. Adhering to strict EU data protection laws, of which became even stricter last year with the introduction of GDPR, Poland is required to offer the highest possible customer security requirements in the world, and when compared to the offshore model utilising offshoring destinations, few businesses can afford to sacrifice cost for compliance.

Economic stability also comes in the form of the fastest GDP growth in the OECD region, however worth noting that average wages have remained the same for years. This means that Poland will remain a destination to achieve strong ROI.  Also worth mentioning that Poland has achieved a unique trade balance between UK and Germany; no other CEE country has achieved such a feat.

Since the Brexit vote, Poland has been tipped to be the big winner to attract UK banking jobs, with more than 30,000 jobs predicted to move from Britain in just this year alone.

Outsourcing puts countries on the map, and Poland has wedged its place among the usual “nearshoring” destinations of the CEE region, typically defined by the Czech Republic, Slovakia and Bulgaria. AT Kearney’s latest report on outsourcing listed Poland as the number one most attractive outsourcing destination in Europe (and 10th globally).  This was based on three key criteria: financial attractiveness, people skills and business environment.  Two years ago it was ranked at 24.

The business market has recognised this, and acted accordingly.  The likes of Credit Suisse, UBS and BNY Mellon have already moved IT work out of London into Poland, and IBM has outsourced more than 7,500 jobs there, joining Cap Gemini (6,000) and HP (4,600). Since the Brexit vote, Poland has been tipped to be the big winner to attract UK banking jobs, with more than 30,000 jobs predicted to move from Britain in just this year alone.  Even German and Italian companies are moving to Poland now to take advantage of Poland’s rich environment of skills, business culture and location, with so many skilled employees, and highly competitive costs, too.

Poland is doing a lot of things right, and it is making inroads into becoming Europe’s IT hub.