Robots take the robot out of the human

I borrowed the title from Professor Leslie Willcocks of the prestigious London School of Economics, who made this powerful statement for the Financial Times portal. Indeed, the greatest benefit of artificial intelligence is that it makes work less boring or, in other words, more enjoyable. And takes the robot out of the human.

How many robots are there around the globe? I don’t know the exact number, even though I live and work with them every day. I’m much more aware of their presence around me than most other people. That’s because I develop robots that do not have a physical form. Sometimes they are referred to as software robots, but in the business world, where they are the most widespread, they are best known under the abbreviation RPA – Robotic Process Automation. Watch a video on how we employed the robot in Soitron.

Companies with thousands of robots

There are companies (especially large global corporations) that nowadays use thousands of robots, even if no one has ever seen them. These are software codes running on servers or somewhere in data centres. For example, when the HR department needs to onboard a new employee, it enters such a request to an application – let’s call it ‘Newcomer’. It will take care of all tasks that would otherwise have to be done by an HR manager or 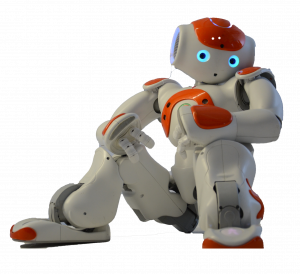 an IT staff. For example, it will create a user account with necessary permissions depending on the new person’s position, create a pass to access the company premises, generate an order for necessary devices (a mobile phone, computer, etc.). In short, Newcomer takes care of a million little details that take up a lot of time.

Industrial robot – a machine most often used in an industrial environment for assembly and handling purposes.
Software robot – a software that performs tasks based on preset instructions and is able to collect and combine information, data and technology from other software and devices.
RPA – Robotic Process Automation is a technology used to produce software robots. Its job is to perform repetitive tasks normally done by humans – such as generating a purchase order or an invoice.
Bot –or a ‘chatbot’, is usually a software robot whose primary task is to answer simple questions through chat, social media or web beacons.
AI – artificial intelligence, is a more advanced type of robot that attempts to simulate human thinking, usually with the ability to learn (either directly based on human instructions, by observation, or based on its own trial and error).

True pioneers in the use of software robots are financial sector companies. With the present level of competition, banks, insurance companies and savings banks cannot afford to raise their prices and therefore have to look for savings on the others side of the equation. Financial operations typically include a large number of small repetitive tasks, in which precision is of key importance. Considering that the robot works 24 hours a day, 7 days a week, does not sleep, does not have to eat or take a break and its performance is virtually consistent, its performance is theoretically equal to three people in a three-shift operation.

Precision and tirelessness are the benefits that will make software robots eventually more attractive to companies in other industries as well.

As simple as a robot

The fact that software robots do not need to be physically manufactured makes their development relatively simple and fast. Creating a new robot from scratch takes approximately one and a half to four months. Payback time can be as short as six months. However, coding is not the most important part of the development process. The first phase is key, in which company processes are analysed, and the infrastructure and existing applications are mapped. Actual coding and testing begin after two to seven days.

Virtually any company, small or large, a manufacturing facility or a business centre, has the potential to use software robots. How to learn where? Recall any instance of a colleague complaining about a boring task that he or she has to do over and over again. An ideal opportunity for automation.

How long and what does it take to develop a software robot?

Analysis of the environment, processes, IT infrastructure and existing applications
– 2 days to a week

Testing and finetuning
– 2 to 3 weeks

Software robots have mainly been used in an office environment, i.e. administration and project management. When contacting a customer centre, you may come across a so-called “bot” – software able to answer simple questions from customers, such as opening hours. With the gradual deployment of technologies like AI or IoT in the manufacturing processes, RPA capabilities are also growing. In short, robots are able to learn more about the physical world around them, analyse it, evaluate it, and use it as an input for their calculations.

Since processes work a little differently in every business, software process automation is mostly tailor-made (even though some “parts” can be readily purchased online). The robot needs to be “told” even little things, such as whether or not a new employee should get an automatic email with the phone book of all colleagues. Unlike industrial robots, where any change in the process requires production downtime, software robots can be taught new things and updated within a few minutes (even remotely).

When a software robot takes over the work of a human, that person usually does not end up as “unemployed”. Quite the contrary. Robotic automation is an opportunity for employees to step up the career ladder. In countries with a shortage of skilled labour, this allows companies to solve their problems due to a lack of people.

in the Czech Republic there are only 0.7 applicants per every vacant position available.

Source: Ministry of Labour and Social Affairs of the Czech Republic, January 2019

Finally, I dare say that perhaps we will eventually be grateful to robots for having more free time.

The US Senate Committee had calculated over half a century ago that by the year 2000 people would only be working 14 hours a week.

Rutger Bregman, a historian and the author of the book Utopia for Realists (published in 2016)

With the Internet and the digital economy offering many new challenges, the result was the opposite of what experts had anticipated. Perhaps our new virtual colleagues will remedy this..